Togo is a small but proud country nestled between Ghana and Benin in West Africa and is one of many countries participating in the REDD+ program. REDD+ is a program overseen by the United Nations and it helps participating countries to reduce carbon emissions caused by deforestation.

Brigitte Ackapo-Addra of Togo recently discovered that there was a major imbalance when it comes to gender equality in forest conservation.  She felt that women weren’t being included in REDD+ related decisions pertaining to forest conservation in her country even though they use and depend on their forests for valuable resources like all Togolese.

She subsequently founded Le Consortium Femmes REDD+ Togo to bring female members across the five regions of Togo together to make decisions regarding sustainable forest management in her country. However, she quickly realized that it would be difficult for women across her country to meet regularly so they use WhatApp to host their meetings, share important and urgent information, and host trainings.

WhatsApp is a cross-platform VoIP and instant messaging service. It allows users to send text messages, make phone calls, and share video and other media on mobile devices. In 2014 WhatsApp was purchased by Facebook and as of February 2017 has 1.2 billion users globally.

Brigitte Ackapo-Addra’s WhatsApp group participants are between 30 and 60 years old and there are more than 60 members. Her group helped organize an awareness tour to promote the use of improved cook stoves and limited charcoal use in 60 different communities. It was estimated that the tour reached 7,000 women and 300 men in Togo. Ackapo-Addra was promoted to represent women in Togo’s National REDD+ Committee, the highest decision making body for REDD+ in the country.

Nature’s Packaging is a North American initiative committed to the use of wood pallets and crates from sustainably sourced lumber. We support the the growth of sustainably managed forests worldwide and the advancement of technology to promote it. 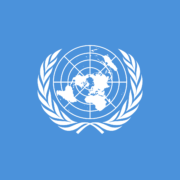