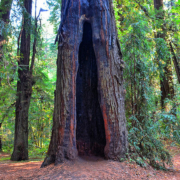 Conventional wisdom says that forests should become more flammable with age, and easier to burn, since they have so much more burn-able surface area and can provide so much more fuel for a fire. However, an Australian botanist named Philip Zylstrom has discovered some very interesting facts which support the opposite conclusion.

Since his study was conducted on virtually every forest fire which has occurred over the past several decades in the Australian Alps National Forest, his conclusions carry considerable weight. In essence, his research indicates that after a forest has re-grown following a wildfire, and has had two or three decades to recover, it actually becomes one of the best defenses against future fires. 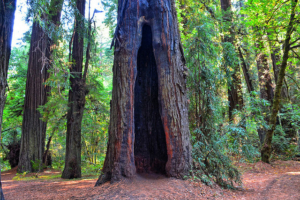 The exhaustive research performed by Mr. Zylstrom actually corroborated almost all other research done on forest land after fires, in that for several years after such a fire, the affected area was far more prone to follow-up fires and more destruction. That is the point where virtually all prior research was dropped, i.e. within two or three years following a major forest fire. Zylstrom’s research though, continued well after those years, taking in the entire post-fire history of forests within the Australian Alps National Forest.

In every single case examined by Zylstrom, going back 58 years into the historical records of these forests, he found that after a burned forest had the chance to recover for between 14 and 28 years, it was much more resistant to another fire than it had been originally. It was also found to be more fire-resistant than neighboring forests which had never been burned, and never had the chance to re-grow.

The case of the ash

One particular example which impressed Zylstrom were the ash forests contained within the Australian Alps. After suffering a devastating forest fire, they usually recovered quickly, with a whole body of fresh growth and new saplings to re-populate a stricken area. For several years, all that new growth would be powerfully impacted by any new wildfire blowing through the region, and it did indeed become much more susceptible to successive fires.

However, once those ash forests had time to grow substantially, they became tall enough to avoid igniting in anything but a raging fire. Then too, the stands of trees had become thinned out enough so that they did not offer such an inviting target to wind-blown fires. For many other kinds of forests, the same model holds true – greater susceptibility to fires within a few years of a big burn, but greater resistance once the re-forested trees were given a chance to rise above potential ignition points, and to thin out and avoid the tight packing which fuels fires.

What all this means is that steps can be taken to provide extra protection for old-growth forests, since they are less likely to burn, and offer an increased level of resistance to the possibility of being consumed in a raging forest fire.

Nature’s Packaging is committed to wood packaging sustainability and forest health is an essential component. Regularly thinning the smaller trees from forests helps prevent forest fires. The wood packaging industry makes it possible for land owners to recoup those maintenance costs as it provides a valuable outlet for the smaller logs.

Contrary to common belief, some forests get more fire-resistant with age: https://phys.org/news/2018-04-contrary-common-belief-forests-fire-resistant.html 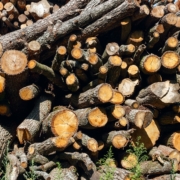 Forest fires are one of the most destructive natural disasters that can possibly hit dense forest areas.  It is hard to contemplate why anyone would ever consider forest fires to be ‘needed’ when so many trees, animals, plants and resources get destroyed during these fires. However, some of the resources, especially burnt trees, can often be harvested after a forest fire and reused on wood pallets. 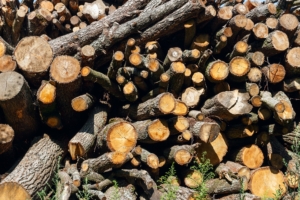 Fires are important for regeneration and renewal of forests across the globe.  These fires clean out flammable litter like leaves, logs and more on the forest floors.  By cleaning out all this litter the forest stays healthy since many pests and diseases are destroyed in the process.  The cleaning of forest floors also prevents extensive and extreme fires from occurring because fires are much easier to keep under control or extinguish when there is less litter around. The fires also reduce density and open the canopy which allows the sunlight to reach other plants and boosts new and fresh growth.

In some cases, tree loggers can harvest burnt trees after a forest fire so the logs can be salvaged. In many instances, once a log is processed into lumber it’s impossible to tell that the log came from a firery forest. These products pass grade inspections and are used home building in furniture construction. In other cases, the log will portray visible defects in which case an ideal application for these discolored products is wood pallets and crates. The discoloration often found from these logs is usually not a problem for wood pallet recyclers. In fact, for many buyers, it’s often a good deal because the main defect is discoloration you can often get a better overall quality product!

Even when forest fires burn through the forest floor, trees are still valuable, renewable resources. Burnt sites will regenerate and regrow plant life much quicker than normal plant growth.  This is because the fire itself provides plant life with valuable nutrients and minerals.  The forest also catches up to coniferous forests quickly because young trees and plants have much more room to prosper and grow thanks to reduced density and a boost in sunlight on the forest floor. 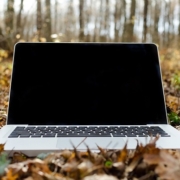 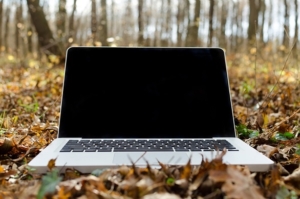