In March, we celebrate Women’s History Month. Here at Nature’s Packaging that means that each blog post this month will focus on the vital part that women play in forestry, and the forest products industries.

The first women to work in the U.S Forest Service began in the early 20th century. During the beginning, their jobs were restricted to what were viewed as gender appropriate duties for women in the workplace. Yet, these early pioneers laid the groundwork and proved time and again that their abilities far exceeded their roles as they broke existing barriers to take on new fields and responsibilities within the service.

In the early years of the 20th century women were the clerks, secretaries, librarians, educators and research workers in the forest service. It is in these types of duties that women began building the administrative infrastructure of the Forest Service. Their work streamlined processes, expanded documentation and history of various forest regions. As educators, they informed the public about the forest service and taught conservation practices to schools and clubs. The researchers were tasked with cataloging new findings and interpreting data coming in from the field through reports and actual samples.

During her time at the Forest Service, Helen Stockbridge served as the Director of the Forest Service Library from 1904 to 1933. As director, she expanded the forest service resource library more than 4X its initial size of 3,000 items to hold a wide array of over 13,000 different materials. She accumulated a diverse base of literature and created 137 branch libraries in all the forest supervisor offices throughout the U.S. 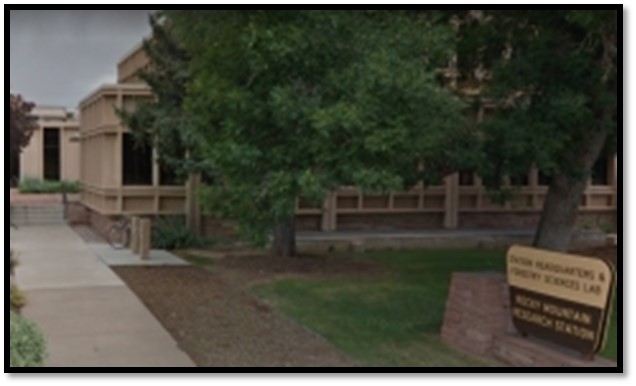 Not merely a collector and curator, Helen Stockbridge also wrote, reviewed, and edited many bibliographies, field manuals, and research documents. Her important perspective as a woman in the writing of this material certainly factored into the decisions and actions on conservation taken by personnel out in the field and in leadership roles (who were in nearly all cases, men).

Now known as The National Forest Service Library, the department provides a wealth of knowledge and easy access to databases, bibliographies, and scientific research that members of the Forest Service use to analyze historical trends, do important research, and develop new forest product technologies.

While women were employed at the Forest Service since the early 20th century, they did not take on roles that involved field work. That all changed with Ms. Hallie Morse Daggett.

Field work in the Forest Service included jobs like fire lookout. This person is assigned to watch for wildfires and/or signs of wildfires in the many regional forest areas around the United States. They occupy a building known as a fire lookout tower. These towers are typically located on mountain summits to provide a proper vantage point over large areas. They are very often in remote areas of forest region that are difficult to get to and difficult to supply. The harsh weather, mountainous terrain, and remote isolation were all part of the assignment that the lookouts had to endure in order to carry out their duties.

In the early 20th century, the job of a fire lookout was thought only appropriate for men of the Forest Service. However, Hallie M. Daggett proved them all wrong.

Employed as the first female fire lookout, she took on the role and flourished. She started as a lookout in 1913 and was based in California within the Klamath National Forest, specifically at Eddy’s Gulch lookout station on Klamath Peak. 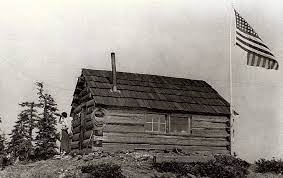 Getting the job was no easy task and after much perseverance and persistence, the Forest Service opened the position to her as an experiment of sorts. This she knew as she pointedly remarked once in an interview, “…thanks to the liberal mindedness and courtesy of the officials in charge of our district, I was given the position of lookout…with a firm determination to make good, for I knew that the appointment of a woman was rather in the nature of an experiment, and naturally felt that there was a great deal due the men who had been willing to give me the chance”. Hallie M. Daggett went on to serve as a fire lookout for more than 14 seasons in the Klamath National Forest. She is the most famous female fire lookout in the history of the Forest Service. Her story and history broke the mold and inspired many women to seek out field work in the U.S. Forest Service

All these firsts are important, these women and many others that work day-to-day in a diverse array of jobs deserve the acknowledgement and recognition for their invaluable contributions to the U.S.F.S., the forest sciences, and the industries that work with the Service.

To be sure, there is still more work to be done. These stories and milestones are just a small sampling of the stories of women in the Forest Service. A project started by Dr. Rachel Kline, a USFS historian, called HerStory at the United States Forest Service is designed to commemorate and recover the history of women in the Service. The project is focused on providing an oral history and perspective through recorded interviews with women who have served in the Service, and women who are currently working in Service. Please check out the interviews and great stories and help us at Nature’s Packaging to celebrate women this March in Women’s History Month. 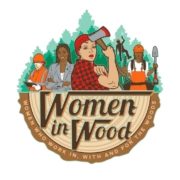 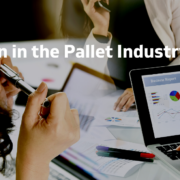 Voices-Women in the Pallet Industry 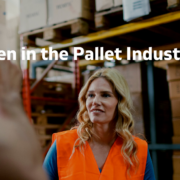 Perspectives-Women in the Pallet Industry

A Few Reasons To Love Recycled and Reclaimed Wood

Perspectives-Women in the Pallet Industry Scroll to top