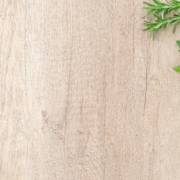 Food microbiologists are constantly studying microorganisms that often inhabit or contaminate food. The main purpose of their research and studies is to prevent food spoilage that result from contamination and to prevent the spread human illnesses.  Food microbiologists are constantly developing new methods and giving precautions to prevent food spoilage or food contamination. One of the latest findings was quite remarkable since it was determined that wood pallets could play an important role in preventing food contamination or bacteria and microorganism inhabitation. 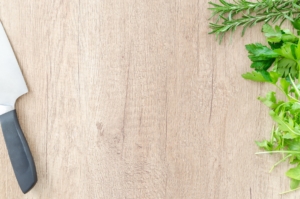 Plastic is mostly considered safer because the surface of plastic appears smooth and can be wiped clean and disinfected. Wood, however, is much different.  Wood cannot be disinfected the way plastic can but food microbiologists discovered that wood pallets does in fact enhance food safety.  The reason for this is because wood absorbs bacteria, germs and microorganisms and prevents these harmful elements from spreading from one source to another.

Professor Dean Cliver of the University of California, Davis has studied the differences in how plastics and wood absorb bacteria in kitchen cutting boards.  In one study, Professor Cliver notes that once the cellulose in wood absorbs bacteria, it will not release it. Alternatively, plastic absorbs bacteria differently. When small cracks are made into the plastic’s surface, they radiate, which creates space for bacteria to travel. The bacteria can go dormant and although drying will kill the majority of the bacteria, the rest could linger for weeks.

“In one test, raw chicken juice was spread on samples of used wood and plastic cutting boards. Both boards were washed in hot soapy water and dried, then knives were used to simulate cutting vegetables for a salad. No bacteria appears on the knives cut on wood, but there were plenty on the knives used on the plastic boards.”

According to the article “The Role of Pallets in Microbial Food Safety,” pallets of all types are never intended to be in direct contact with food. Additionally, similar to Professor Cliver’s findings regarding plastic cutting boards, scars on used plastic tend to harbor bacteria and bacteria seem to be less likely to transfer from wood than from plastic.

Whether using wood as a kitchen cutting board or as a wood pallet, the properties of wood are the same: they absorb bacteria and once absorbed, they do not release it. In addition to being sustainably sourced and 100% recyclable, the cellular properties of wood allow them to absorb bacteria that could spread human illnesses. Wood pallets are indeed the safest type of pallet.