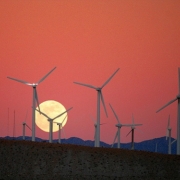 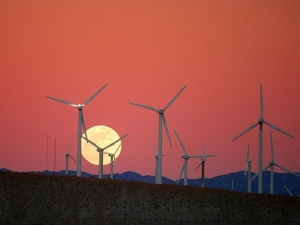 Solar energy itself can be used to generate electricity through a principle known as the photoelectric effect. When the sun’s rays strike a surface specially treated to receive them, the resulting excitation is captured and converted into electricity for any number of commercial and residential uses. Heat from the sun is also responsible for driving the winds on our planet, and those winds can be harnessed by wind turbines, which in turn power generators for electricity.

Solar heating also causes water to evaporate, and this water returns to earth in the form of rain or snow, which can then be used as a source for hydroelectric power. All the plants growing in our forests and elsewhere use sunlight for their development, and when this biomass begins to decay in forests, it can be harvested and used as a fuel source for the production of electricity.

As specific industries grow around renewable energy sources, a great many new job opportunities have been created and a vast array of new products have come onto the market which are powered by renewable energy sources. These two facts contribute to growing the economies of nations which make the most use of renewable sources, because they are all new jobs and products. One of the most notable job creators is Tesla, as they strive to invent new products powered by solar technology and have grown from 899 employees in 2010 to 14,000 in 2016.

With several alternatives for electrical energy now available, energy prices have become more stable and more competitive, because there are more options to choose from, rather than the relative monopoly utility companies enjoyed in the past. In addition, renewable energy sources represent a more reliable way of generating electricity because their power source is seemingly endless. Both the environment and the inhabitants of Earth benefit tremendously from widespread use of renewable energy sources, with better health enjoyed by humans and less pollution of the environment.