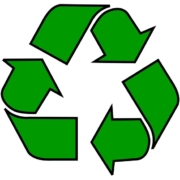 In the year 2014, approximately 258 million tons of waste materials were generated by Americans and eventually reached various landfills stationed around the country. A report issued by the Environmental Protection Agency (EPA) broke down the components of this enormous tonnage as follows: 28.2% was comprised of food waste and yard trimmings, 26% was attributable to paper and cardboard products, plastics accounted for 13% of the total, rubber and textiles contributed 9%, metals were 9%, wood products made up 6%, and glass accounted for 4% of the total. 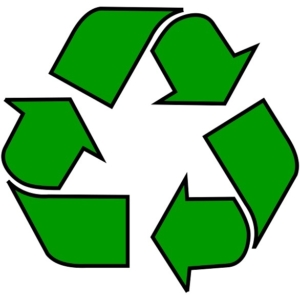 Consumer products giant Procter & Gamble, a globally known corporate giant, has pledged to keep plastics entirely out of landfills by the year 2020. Plastics aren’t the only by-product of manufacturing that the company intends to shield from landfills though. It has announced that other by-products will be recycled right at the manufacturing locations as well, so there is no need for shipping them to landfills.
Using a process that shreds previously unwanted materials and compressing them into sheets, they can be used as building materials, says the company. The stated landfill avoidance goal of the company is to achieve zero percent waste materials that need to be shipped off-site, and instead recycle them all into materials usable for other industries and applications.

One of the biggest landfill avoidance undertakings that currently goes on, and is expected to increase, is that of recycling wooden pallets. According to the research published in “Pallet Reuse and Recycling Saves High Value Material from Landfills”, in 1992, only about 50 million wood pallets were recovered from landfills and recycled for further usage. Three years later, that figure jumped to 150 million pallets, and by 2006, the number had increased to over 350 million. By recycling so many pallets, it has been calculated that 5.7 billion board feet of lumber were saved in this country, by not having to produce new pallets from freshly cut lumber.
Wood pallet recyclability has been steadily increasing because lumber is a valuable and limited resource. To discard it in a landfill would truly be a waste. New studies are currently being conducted to determine how many wood pallets are diverted from landfills.