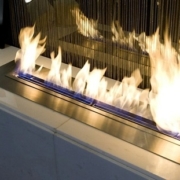 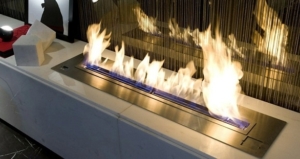 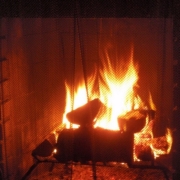 Wood is a renewable resource and burning it to heat your home in the winter is a time honored tradition that has been practiced for centuries.  The relaxing ambience created by a fireplace during the colder months is something people seem to enjoy innately. However, antiquated heating systems used technology that, although provide the ambiance, release an unsafe amount of pollutants and air particulates into the air.  In recent decades, technological advances have allowed for safer, more efficient ways to heat buildings and while enjoying the warmth and glow of natural fire. 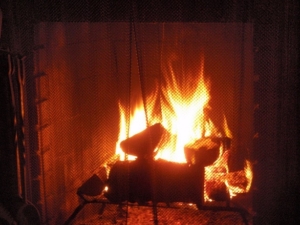 Open-faced, radiant, wood burning fireplaces with a chimney are unfortunately a very inefficient way to heat a home or building. Fire cannot burn without oxygen and in traditional fireplaces, the chimney absorbs air from inside the home, heats it, releases it up through the chimney, and replaces the warm air from inside the building with cooler air from outside.  Traditional, open face fireplaces like this are considered inefficient because they simply don’t do a very good job at heating a home, unless you’re standing right next to the fireplace.

However, there are ways to make traditional fireplaces more efficient and safe.

Additionally, open face fireplaces without doors make it easy for smoke and air pollutants to enter the main living area of a building. Inhaling these particulates over a long period of time could degrade the air quality inside of a home and cause health problems. A good rule of thumb is, that if you can smell the smoke, you’re inhaling it and other harmful particulates, and is a good indicator that your fireplace should be upgraded.